Skip to content
Artists at Play is proud to present As We Babble On by Nathan Ramos as part of our annual spring reading series on Sunday, March 20, 2016 at 12 p.m. 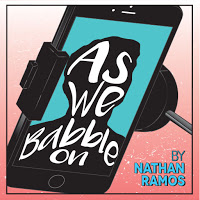 As We Babble On explores the pursuit of success, its costs and how our drinking habits change with money. Benji, a first generation Asian American struggles in New York City to find his voice as his writing career stalls. As the professional paths of his best friend Sheila and his half sister Laura begin to blossom, he begins to unravel. As We Babble On explores what lengths we are willing to go to realize our dreams, whether morality is tied to upward mobility and whether boxed wine and soda is an appropriate sangria recipe after the age of 24. Winner of of East West Players’ 2042: See Change Playwriting Competition.
The Playwright 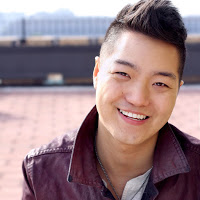 Nathan Ramos is honored to share his debut play As We Babble On here on the West Coast. An Ohio native currently in New York City, he splits his time between writing, acting, and teaching. As an actor he has performed regionally and in New York, Off-Broadway. As a teacher he has worked with the Great Lakes Theater in Cleveland, OH, as well as various New York City institutions. He is currently penning a musical about an academic decathlon. Nathan has a BFA in Acting from Ohio University.
The Director
Snehal Desai is the Associate Artistic Director at East West Players (EWP) in Los Angeles. At EWP, he recently directed the rock musical The Who’s Tommy and the world premiere of A Nice Indian Boy. Other directorial credits include: Free Outgoing (Boom Arts-Portland), Love’s Labour’s Lost (Old Globe), Peregrine: Balboa Park (Old Globe) and Shakuntala (James Madison) and Baal (Yale). Snehal was the inaugural recipient of the Drama League’s Classical Directing Fellowship. He is also a member of the inaugural class of Theater Communication Group’s Spark Leadership Program and recently named as a Theater Maker to Watch by American Theatre magazine. As a director, Snehal has worked at the Public, the Old Globe, La Mama, the Old Vic, Ars Nova, the Lark and PS122. He is a former resident director with Theater Emory and Ensemble Studio Theatre. Snehal is a recipient of a Doris Duke Grant, the Tanne Award and a Paul and Daisy Soros Fellowship. He was a literary fellow with the Royal Shakespeare Company and a member of the Lincoln Center Director’s Lab. As a playwright, Snehal has toured his solo show, Finding Ways to Prove You’re Not an Al-Qaeda Terrorist When You’re Brown, across the United States. He holds a MFA from the Yale School of Drama. 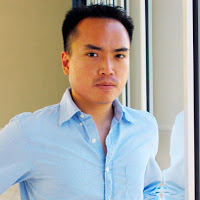 Michael Golamco’s plays (Build, Year Zero, Cowboy Versus Samurai) have been produced at NYC’s Second Stage Theatre, the Geffen Playhouse, Chicago’s Victory Gardens Theatre, Actors Theatre of Louisville, the Guthrie, LA’s Colony Theater and many others both nationally and internationally. He has received playwriting commissions from Second Stage, South Coast Repertory and the Geffen, and is a resident playwright at New Dramatists. As a screenwriter, Michael has sold pilots to NBC, WB Television and ABC Family; he currently writes for NBC’s “Grimm.”  His latest feature film is Please Stand By—from the producers of Juno and Up in the Air, starring Dakota Fanning, Toni Collette and Alice Eve.
The Cast