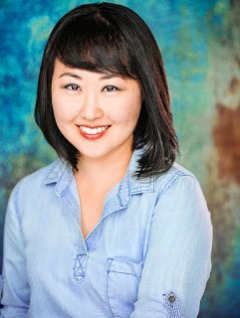 What drew you to Two Mile Hollow?
As soon as I was introduced to playwright Leah Nanako Winkler and her work, I loved the deft handling of uproarious comedy with dark themes. When Two Mile Hollow was first shared with Artists at Play, the family was written as white to be played by white actors but because part of AAP’s mission is to showcase and provide opportunities for local artists of color, I had asked Leah if she would be open to more diverse casting. It’s incredible to know that the script now mandates that these characters need to be played by POC. It does make the satire much more satirical!

How would you describe your character?
Mary is just so sad and creepy. But underneath that, she wants to be loved. And maybe that’s something that comes with a privileged upbringing where the parental figures aren’t as present or involved? She is saddled by a lot of issues but also maybe likes to wallow in playing the victim. I feel like there are so many female characters like that (usually white), those you find yourself wanting to yell at, “Get it together, girl!”

Why do you do theatre with small companies like Artists at Play?
Besides the fact that I’m one of the producing members? Unlike most TV or film sets, doing theatre especially with a smaller company provides such a communal familial experience. I also appreciate the smart, relevant, and exciting work being done by small companies. How many times do we need be to subject to the umpteenth production of whatever Western “classic” or touring production from New York—still cast with all or mostly white actors?

What do you think a play like this contributes to Los Angeles theatre?
Two Mile Hollow is a great subversion of tired old tropes (including theatre itself!) but also a great gateway for those new to theatre. I love that it pokes fun at the very art form we work so tirelessly for. So those who are regular theatregoers will pick up on all the inside jokes. But even those who are not can enjoy this play and its eccentric characters, anyone who is familiar enough with the “white people problem” storylines so prevalent in media and society at large. We also have an incredible cast of Asian American actors plus a diverse creative team, to show that we’re here, talented, and more than capable … in case anyone claims they can’t find us!

What is your favorite white TV family and why?
I naturally gravitated towards black family sitcoms when I was younger, because that was the closest I had to any sort of reflection of my family until All-American Girl was on for a hot second. I really did love The Cosby Show, which I can’t really watch anymore for obvious reasons. I am kind of obsessed with The Crown. Talk about the ultimate white family! It’s just fascinating to see how f*cked up people can be even with all that power and privilege.

What is your favorite “white people by the water play” and why?
I have a soft spot for Escape From Happiness by Charles Mee, though that family was firmly working class. Fun fact: I was the only non-white actor in the cast of my college production. It was a great source of pride for me, until I heard that there were fellow Asian American students in a theatre class complaining about why the lone Asian actor had to play “the crazy one.” But that’s the thing: Everyone in that family was crazy, and yet they loved it each other fiercely.